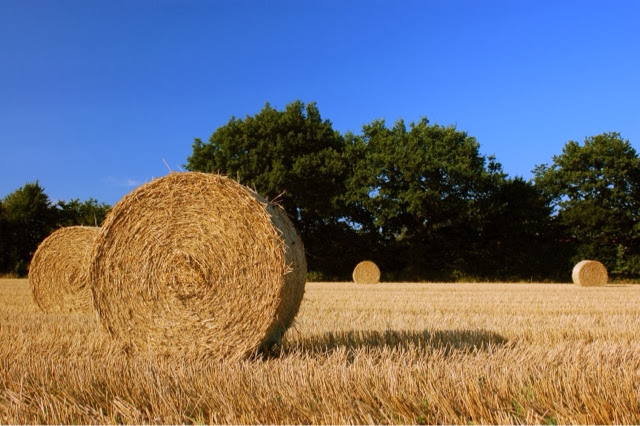 I wrote this blog in September as I sat opposite a stranger on the train to Edinburgh. I just found it in my notebook and thought I'd post it now- Christmas Day.  I hope today has given you the opportunity to create happy memories with family and loved ones that will help keep you warm throughout the year. Happy festive season one and all. Love, Kathleen x
Unaware of the clickity clack of the train. The bushes, buddleia, bankings, platforms, passengers  and station signs all race through her transparent reflection.
I watch her.
Her eyes missing each and every thing.  Passing her vision - she's further away than the final destination.
What entrances her?
Encased in her own thoughts, her destination behind her facing nowhere.
Her eyes cannot be still, heavy blinking as the train rolls up to the next station, then like the accelerating train her eyes jump faster and faster trying to take in all that passes-by.
Bales of golden hay reflecting on her face - a montage of the summer memories. Pursing lips oblivious to others, unaware of her place or presence in this carriage to who knows where.
I want to whisper to her, "Be still and soak up all that surrounds you now. Tomorrow can wait and yesterday is but a fading field of crops. You're here now - enjoy the journey."
Instead I watch silently and write.
"Focus on the journey, not the destination. Joy is found not in finishing an activity but in doing it." - Greg Anderson

Forgiveness for all - even Gurus 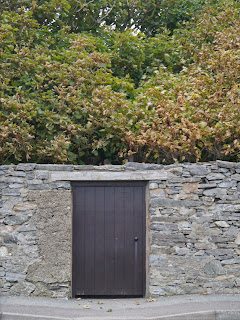 A self professed Guru (which in itself is a bit worrying!) told me once that he gave everyone a second chance - but if he was let down or hurt a third time that was it!  Nothing would change his mind - the friendship, or relationship with that person, no matter who they were - family, friend or colleague would be permanently erased from that moment.
Thank goodness that belief isn't held by every one of us.  At the time of having that conversation I told him that I felt that, "rule" was a bit harsh. Being human means we will all make mistakes, some more than others, but we all will - even "Gurus"!  Hopefully we learn from them, and we may make more mistakes, and learn from them - but if we all decided that 3 strikes meant you were, "out" it would be a rather short-fused world we lived in, and not one I'd like to be part of.
Forgiveness is not easy - of course it isn't. I think it's THE hardest thing to do.  A little reminder of the nasty thing that person did creeps into the forefront of your mind, and no matter what wonderful thing that person is doing for you now, all you can see in front of you is their good deed obscured by a dancing, techni-colour memory of the hurtful event from the past.
BUT if you can stay grounded in NOW and recognise that the past is just that - and all that is happening in this moment is real and true, then the healing that can take place benefits both parties.  So, the "Guru" I referred to at the start of this blog misses opportunities to develop deeper, more meaningful relationships as he runs off looking for "better" people to surround himself with - no real challenge or opportunity for growth, in fact, if anything he risks becoming more and more cynical as he realises, 3 strikes maybe isn't enough and he's running out of people to surround himself with.
When you recognise you've made a mistake the first person to forgive is yourself. Only then can you take steps towards making amends to the person you have hurt or let down.  If they can't handle or aren't ready to accept or hear your apology, then lovingly step back - continue being kind to yourself without listening to your condemning critical headmind!  You've taken major steps forward by understanding where you went wrong, forgiving yourself and trying to repair the hurt between you and the other person.  This is a far more emotionally mature approach than judging or criticising yourself.  When you're the person who has been hurt just remember your own imperfections and be softer, and perhaps just a bit more gentle on the other person before you dive in and start ripping their character apart.
We're all human - we're all flawed - and we could all do with being a bit more forgiving and kind to our fellow man.
"The weak can never forgive. Forgiveness is the attribute of the strong." - Mahatma Gandhi
"He that cannot forgive others breaks the bridge over which he must pass himself; for every man has need to be forgiven." - Thomas Fuller


Posted by Kathleen Kettles at 17:39 No comments:

It starts with the knees.... 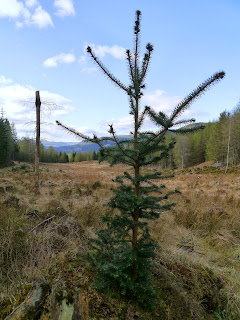 When practising movements in Tai Chi and when moving in an Alexander Technique lesson one is told that bending the knee helps a person move more easily, stay balanced and avoid tension developing in other areas of the body.  I can only refer to those two as they, along with yoga are processes I'm most familiar with - but I'm sure this idea is also being taught to pupils of other disciplines.
When we hold ourselves tightly and push our way through the day we risk missing important clues from our own intuitive bodymind. Tightly fixed on getting to the end of our day - blinkers on - a tight narrow view as the clock ticks - what will your body have to do to get you to pay attention to the bigger picture?
Something as simple as a bend in the knee may seem too small a detail to bother paying much attention to - but I believe it's small things like this that make a huge difference to our ability to flow easily while also heightening our ability to be present here and now.  When we do that we are giving ourselves the opportunity to witness that creative "nudge", or follow through with that idea that seemed to spontaneously leap into our head regarding a kind thing we could do for our neighbour. Those thoughts, feelings and ideas are there for the taking and will present themselves easily whenever we soften that tight grip we're holding.
So, today as you move, think about unlocking your knees, your skeleton and muscles already know how to keep you upright without you thinking about tensing and tightening your body!
Bend your knees and enjoy letting go of being that active, critical tenser, and instead feel yourself becoming a mindful, yet passive witness to all that you are.
"You translate everything, whether physical, mental or spiritual, into muscular tension." - F.M Alexander
"Practise non-doing, and everything will fall into place." - Lao-tzu