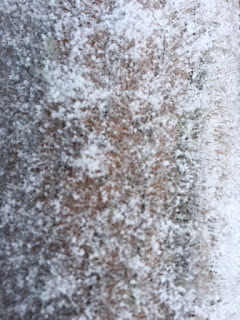 The snow is falling, gently, silently and without any fanfare or fuss.

Unassuming and unaware of the effect each delicate beauty has as they land on the icy ground;
I could go out and start shoveling and gritting, but the forecast is for the temperature to rise a bit later today so I'm opting out and just letting it be without interfering.

Each delicate, unique flake is completely unaware of its individual and collective power.

In a blizzard we can feel lost and irrelevant, but as Voltaire wrote,

"No snowflake in an avalanche ever feels responsible."

If you disagree with those in power you must stand up, stand apart and speak your truth.  You are not governed by the weather, you are not a snowflake, you can decide to stand aside and not be pushed or bullied into following the crowd.

Like millions of others I was left aghast, saddened and bemused when Trump was elected.  I was delighted to read that this week Doug Jones, a Democrat won against the Republican Roy Moore in Alabama.. the first time in two decades a Democrat has won there!

Bit by bit the quiet few found their lost voices and remembered their power. One by one they went out to vote and were heard.  Never underestimate your individual and collective strength.

Your feelings are here for you to notice.  This is your time, what do you love?  What is important to you?  Are you able to share that?  Why keep quiet when you have a voice?  Be your wonderful self in glorious technicolour and notice how it feels to share your passion by lifting a lid on your silence.

Posted by Kathleen Kettles at 11:14 No comments:

When the music moves you, you have a choice. 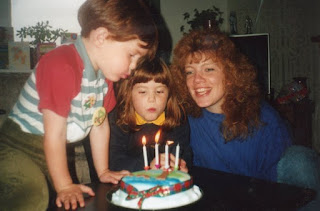 There are times when a piece of music on the radio or television catapults me back to a time that has long since past.

Sometimes I sit and listen to the tune indulging myself in the sadness or joy it conjures up.
Other times I find myself sprinting for the off switch so I don't have to re-live those memories.

Yesterday, on BBC Radio 2,  Paul Gambaccini was doing his show, "Tracks of my years" with 1992 being one of the years on his play list.

What a mixture of mercies that brought up!

My girls and me living in a little farm cottage in Moray, alone but together, freezing but cosy, happy but sad, putting a brave face on it while playing a game I called,  "Let's be like the Victorians!"
We'd play this game whenever I ran out of credit for the electricity meter and I'd stick on the coal fire, light the candles and play board games or make jigsaws in candle light.

Not so long ago my eldest daughter (she's 29 years old now) told me she had no idea, she really thought it was us having fun...that's a relief to know!  She was only 4 years old and all sleeping in one bed, "like the Victorians" made sense to her.
I had no idea how my life would pan out, or what twists and turns it would take...none of us do.

Despite what an onlooker may have seen at that time, I knew life would get better and all would (eventually) be well.  I believe that all three of my kids have inherited the attitude of, "I might be down on my luck, but I'm not out yet" as they have all shown incredibly resilience and resourcefulness when the chips are down; I really admire that in them.

Sharing this is not meant to provoke a pity party - quite the opposite in fact.

I want to encourage you to realise the power of music, and use it for your benefit.  It can uplift you if you're in a chapter of your life that is challenging, and it can hold you down in the doldrums.

So choose your music carefully. Move and dance to the tunes you love, and avoid the music that leaves you feeling heavy and stuck.  The energy we feel when the music moves us can aid our recovery or our hold us in the belief that this is as good as it gets!

Now where's that track," Courage (For Hugh Maclennan)" by The Tragically Hip? I love that one!

"Music gives a soul to the universe, wings to the mind, flight to the imagination and life to everything." - Plato

Posted by Kathleen Kettles at 12:21 No comments: