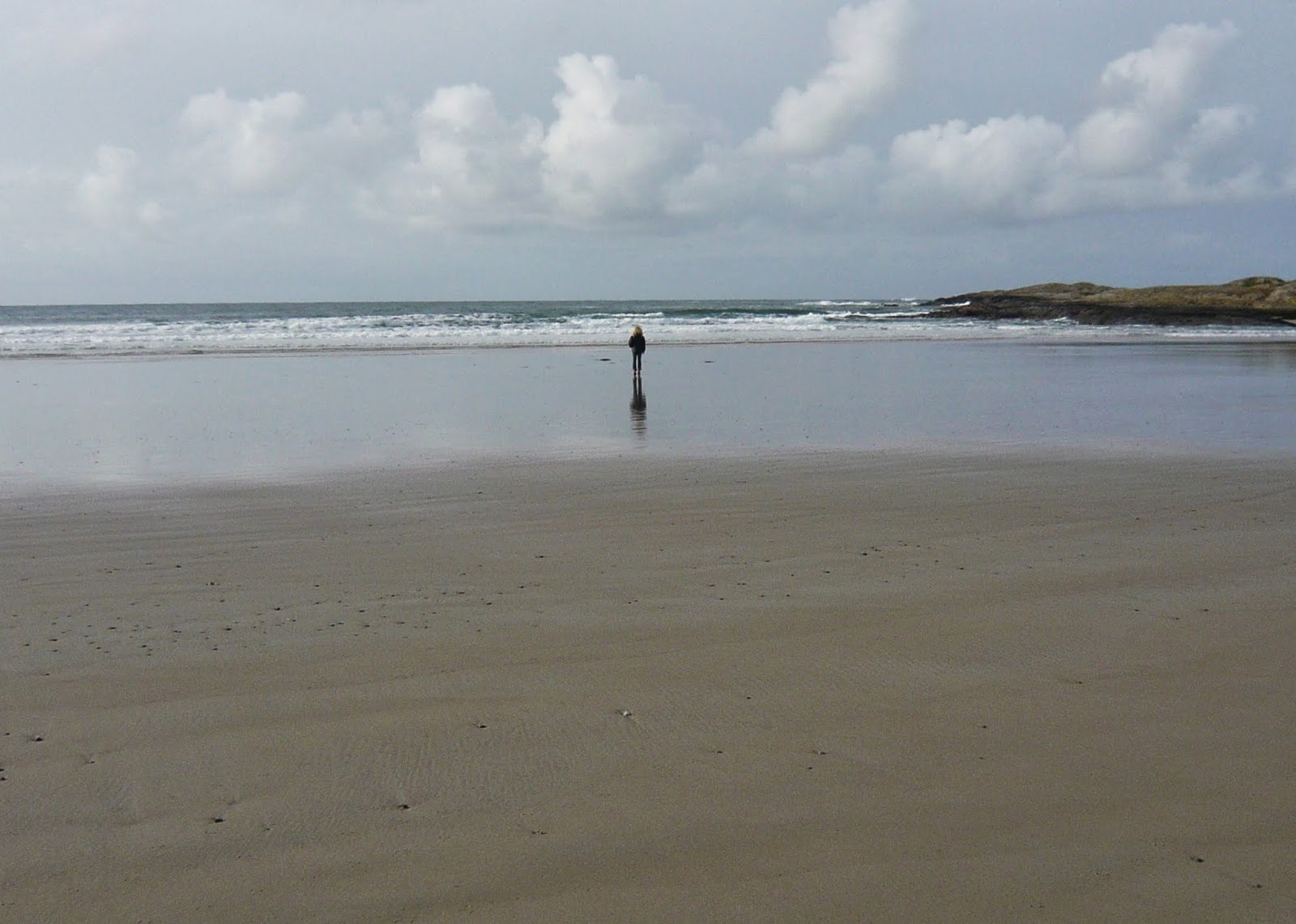 I wonder why it is that the thought I had complete clarity about in the wee small hours eludes me as soon as I fully waken?
It's as if daylight acts as a memory eraser.
Just as I'm heavily resting in that pre-wakened state it all makes sense - everything.  Life and death, the conscious and unconscious have unfolded in the most beautiful way, and I get it!
I keep my eyes closed in the hope that I can retain all I've understood and share all this comfort filled knowing with as many family and friends as will listen.
But, bit by bit as I rise up and up from my sleepy state, like a child clambering ever higher to reach the biscuit tin - it's always just a finger tips length away from my grasp. Then daylight snaps into my awareness and the "biscuit tin" has been snatched from me and locked back into the cupboard.
I wonder who puts those thoughts and images so clearly in my mind?  Is it the same person who so cruelly snatches them back?
Maybe, simply glimpsing and feeling that all is well should be enough. The frustrated child in me wants others to know why I feel this way - but without a clear explanation I risk sounding like a mad woman!
So, I'll keep my notebook and pen by my bedside in the hope that one of those days I will be able to clearly explain exactly what is contained within those night time wisdoms, before they magically dissolve into the mists of day break.
"Trust in dreams, for in them is hidden the gate to eternity." - Khalil Gibran
Posted by Kathleen Kettles at 10:26 3 comments: 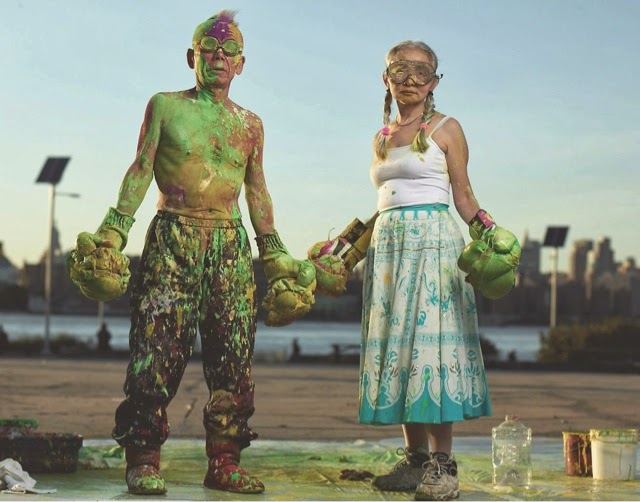 The other night I watched a documentary film which touched me deeply.  The description of, 'Cutie and the boxer' read:
'Cutie and the Boxer is a candid New York love story about life and art that explores the chaotic 40-year marriage of renowned “boxing” painter Ushio Shinohara and his wife and artist Noriko.'
I found the film to be intriguing, beautiful and at times a little disturbing.
The most endearing aspect of Ushio's personality was his determination and complete conviction towards following his passion - creating his, very unique form of art.
Ushio had tunnel vision, completely blinkered to the talents of his wife Noriko. It was sad playing witness to his own, often desperate attempts to have his art recognised and valued by the art world.
What I admired was the relentless, incomparable energy he threw into producing and promoting his work.
Art fed him - he was his art.
Despite being quite poor and living a hand to mouth existence, there seemed never to be a time where he thought he ought to get a, 'real' job to pay the bills and put food on the table. By the end of the film I had utter respect and admiration for Ushio and his equally artistic wife Noriko, who was completely devoted to art and her 40 year marriage to Ushio.
Following your passion and never deviating from that path, takes tremendous courage. The reward is health and contentment, with the occasional splattering of frustration and perhaps some condemnation from more conventional on-lookers. Being authentic and doing what you genuinely want to do is ultimately the only way to be....how many more signs and nudges do you need before you grab the opportunity to be yourself - whatever unique and wonderful form that takes?
"It is your passion that empowers you to be able to do that thing you were created to do." - T. D. Jakes
Posted by Kathleen Kettles at 22:53 No comments:

Lighthouses, faith, you and me. 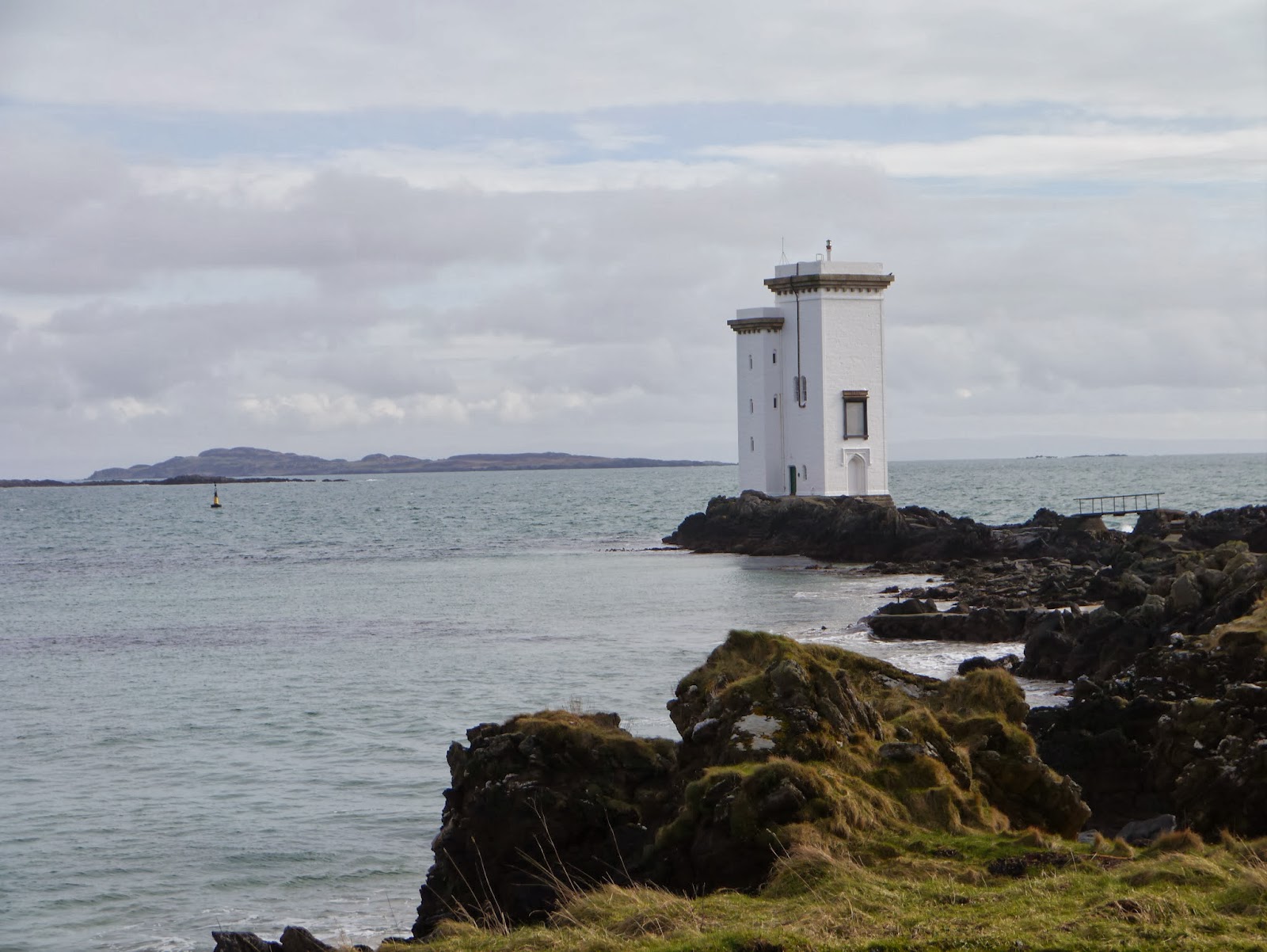 In my role as a therapist I have the privilege to meet and work with people from a broad spectrum of beliefs and spiritual backgrounds.
One thing I have learnt when speaking with my clients is that it matters to them that they get the chance to tell me a bit about their faith - often their faith makes up a huge part of their life, so their wish to share that with me is completely acceptable and understandable. I'm interested to hear about faith, so for me it's an educational part of our session and helps me gain a clearer understanding of the person I'm working with.
There's a thread that seems to connect each person who speaks to me about their faith - and when they speak about it I can often experience a wave of peaceful contentment as I listen to them describe what their faith brings to their life.
Just as a lighthouse shines out in the dark depths of night, no matter how treacherous the seas, no matter how isolated the sailor feels; the constant beckoning from the lighthouse provides comfort and security. For my clients with faith, however bad their symptoms, they often have a sense of peaceful knowing that all will be well.
Their "lighthouse" an unfaltering guide and companion on their journey through life.  Within each of them, it's unique; yet the same. A different name; yet the same.  A different place to worship; yet the same. A different way to pray; yet the same.  A different food to eat; yet the same.
Lighthouses are often shaped differently, standing solidly but in very different locations - yet they have the same job.  All different; but the same.
As lighthouses; as faith; as people.
Different - yet the same.
"All religions, arts and sciences are branches of the same tree." - Albert Einstein
"The essence of all religions is one.  Only their approaches are different."- Mahatma Gandhi