Do yourself a favour and own up! 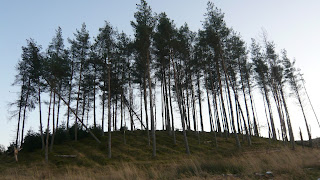 Angry people intrigue me - we all have our moments of course - but I'm talking about people who find the most obscure reasons to be outraged.

One egg cracked in a box of 12 shouldn't induce a furious outburst - should it?
A friend cancelling a night out because her mother has fallen ill - surely that's just an unfortunate turn of events.
A tradesman not answering his phone isn't really a hangable offence.
Have you ever caught yourself being outraged by the most benign of life's toils?  If you have, the chances are there's something hidden quietly inside you that needs to be spoken about and dealt with.  Ignoring it and hoping it will go away will just make that monster grow, leaving you lashing out at all the wrong people and in all the wrong places.
Dealing with and expressing life's small irritations is crucial, but it must be in proportion to the event.  By doing so it helps empty the body's emotional "pot" and keep you ship shape!
If however you find yourself flying off the handle at what others would recognise as the small stuff, ask yourself, "What is it that's really annoying me?"  "What have I been hiding from others and myself that's causing me to react this way?"
Invariably there will be something in there.
Be honest to yourself, and if it's safe to do so, be honest with others too.
"In controversy, the instant we feel anger, we have ceased striving for truth and begun striving for ourselves." - Abraham J. Heschel

Posted by Kathleen Kettles at 14:26