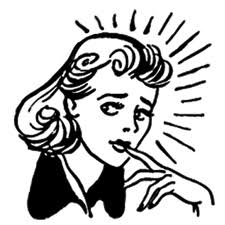 The over-thinking planner in my head took over today and reminded me that slowing down and thinking mindfully is always the better option!
My scheduled flight from Shetland to Aberdeen last night couldn't land at Aberdeen due to fog.  So we were diverted to Dundee which meant my car was still at Aberdeen airport.  So this morning, when Andrew had left for an early round of golf I decided to organise myself and surprise him by nipping up to Aberdeen (an hour and a half drive away..not exactly round the corner) to collect the car, planning on getting back around the same time as him, though relying on the trains running on time meant I might get back after him.
So, I checked I had my car keys and the long stay parking ticket I'd need for getting my car out of there...smug in the knowledge I'd done all I needed to do, I hopped in the taxi and headed to Dundee train station.
I had locked the front door of the house, and hidden the keys in a wheelbarrow round the side of the house..I knew Andrew had his keys with him, but not sure if he had the key to the lock I'd used..my house keys were in my car in Aberdeen of course!  So as we're not in the habit of leaving a key hidden I thought I should let him know where I'd left it.  Sitting on the train somewhere between Montrose and Stonehaven I rang the landline number, (Andrew does have a mobile phone but he keeps it switched off and in his car...only to be used in an emergency, and if the person in the emergency needs to contact him, well he'll get back to you when he puts the phone on!!) it went straight to the answer machine, which I'd expected and I heard myself say, "Hi it's me! I decided to go up to Aberdeen while you're out so you don't have to drive me up there later.  You locked the top lock and I couldn't find that key so I've locked the bottom one and hidden the key in the wheelbarrow, just thought I should let you know in case you can't get in!"  As soon as I hung up I started to laugh..and laugh...and laugh!  The man sitting next to me smiled at me and I said, "I've just left him a message on the phone IN the house.. telling him where I've hidden the key outside in case he can't get IN!  Oh dear!!"
"Did you ever stop to think, and forget to start again." - Winnie the Pooh

Posted by Kathleen Kettles at 19:29