You can be your own guru 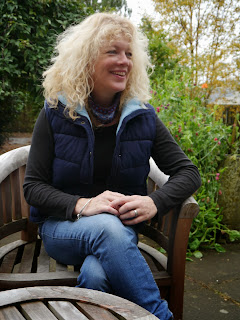 "In this documentary, filmmaker and journalist Gotham Chopra embarks on a year-long road trip with his father, Deepak Chopra, to reconcile the spiritual icon with the real man known to his family."

I have always had an awareness that our perception of people is directly affected by our starting point. Deepak's son, a successful journalist in his own right, wanted his Dad to spend more time at home as he and his sister were growing up - but Deepak was driven to spread his spiritual knowledge to as many people as he could through book writing, seminars and TV talk shows.  The flip side was that people who were searching for a Guru found Deepak. He was telling them exactly what they needed and wanted to hear.  His family often travelled with him, leading a chaotic life, feeling confused as they witnessed strangers idolise the man who was their father.
At several points in the documentary I could feel the strain between father and son - but equally there was a mutual love and respect there too.  Gotham remarked to his father that a lot of what he does must be great for his ego - to which Deepak responded by saying it had nothing to do with his ego.

I don't think there's anything wrong with "feeling good" about doing something well and having a sense of fulfilment and satisfaction about our personal achievements.  I also believe there's a fine line between that and becoming arrogant and self righteous about it.  Ego is involved, and there should be less shame and embarrassment about admitting that. I think and feel that some of the new age and religious movements have managed to demonise the ego, and yet it is simply another part of being human.

We certainly should practise keeping any self righteousness in check, and keep an eye on allowing the false belief to creep in that we're in some way special or better than others.  I'm no Deepak Chopra, but what I do know is that when a client of mine gets well I feel great about it!  Without doubt it is the most lovely and heart warming feeling when the mother of a client says, "You've given me back my daughter!"  or a client on returning to health asks , "What would my life have been like if I'd never made that first appointment with you?!"  I thank them for their kind words, and enjoy the sense of joy at seeing them well, but I only facilitated their journey to health.  They did the work - and their healing was always something within their grasp.

If you feel as if you're "searching" for guidance or support by all means get reading and researching, but remember that within you is the capability to take what you need from the authors and apply it to your own life.  Guru's are just like you and me - they may be expert in their field but they also have the same vulnerabilities and human frailties as the rest of us!

“No one and nothing outside of you can give you salvation, or free you from the misery. You have to light your own lamp. You have to know the miniature universe that you yourself are.” ― Banani Ray from Awakening Inner Guru